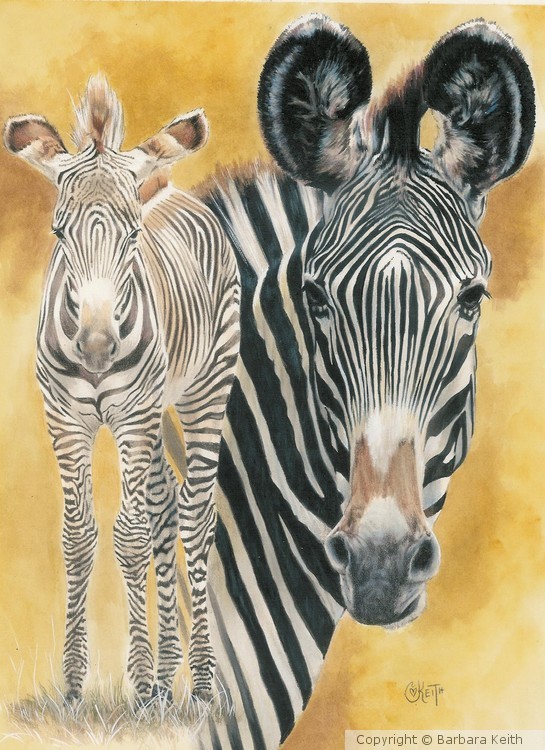 The Grévy's zebra (Equus grevyi), also known as the imperial zebra, is the largest living wild equid and the largest and most threatened of the three species of zebra, the other two being the plains zebra and the mountain zebra. Named after Jules Grévy, it is the sole extant member of the subgenus Dolichohippus. The Grévy's zebra is found in Kenya and Ethiopia. Compared with other zebras, it is tall, has large ears, and its stripes are narrower (Wikipedia).

Artist Reply: Not really but the stripes can be a little intimidating.. thanks