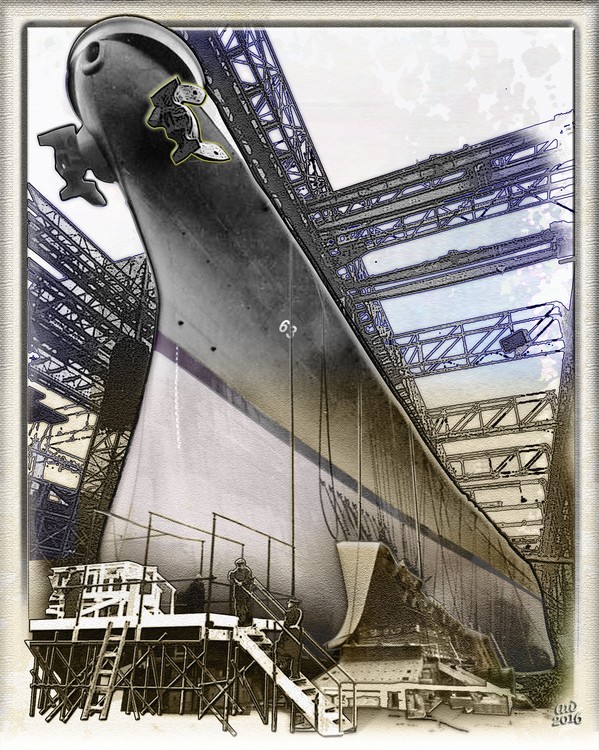 It's often amazing what “we the people” were actually capable of building before modern technology - when it's remembered up close and personal. Those guys standing next to a “new” battleship (USS Missouri back in 1944) may not have imagined that Japan's terms of surrender would be signed on her deck in a future ceremony. It would've sounded emotionally unbelievable – like some giant network news station (and its modern technology) that keeps trying to mis-characterize a presidential candidate it disapproves of.

SUPERBLY DONE, ANDREW. THIS IS LIKE THE ROOTS OF A TREE :-)

FANTASTIC WORK ANDREW... MOST PEOPLE DON'T REALIZE JUST HOW MUCH IS BELOW THE WATER LINE.. ONLY CAN BE SEEN IN DRY DOCK... YOU HAVE SHOWN IT MAGNIFICENTLY .... JOANIE