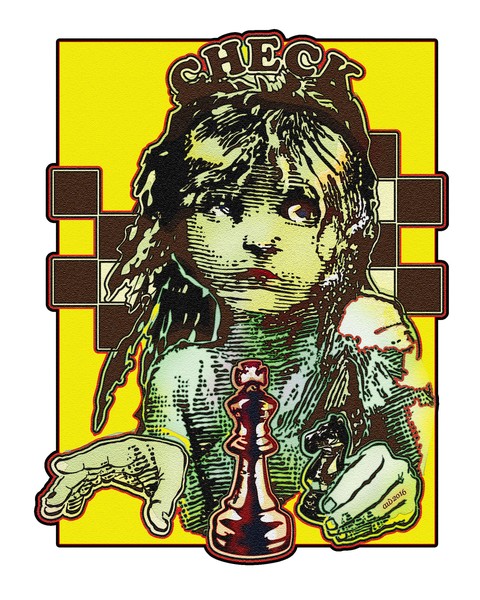 This figure came from the 19th century French illustrator Emile Bayard and his rendering of “Cosette” from the play Les Misérables...but what if she was a wiz at chess between her beatings as a starving adopted illegitimate and fearful child? Would this affect the theme of Victor's Hugo's play and the dramatic music that came later in the musical version?