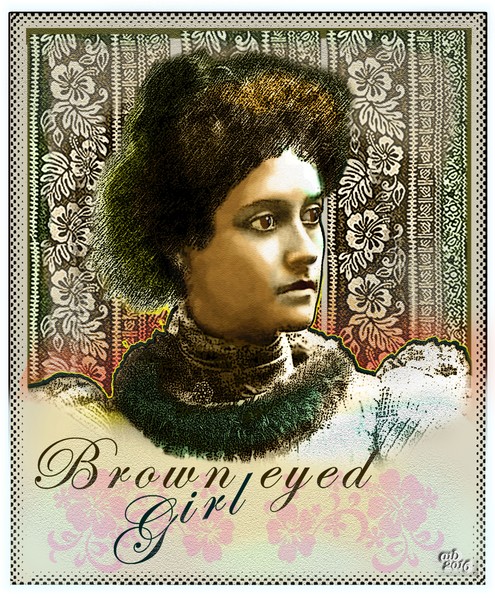 KAIULANI (1875-1899) – She was the heir to the throne of the kingdom of Hawaii but left Hawaii at 13 to pursue education in England in 1889 and finally returned to Hawaii 1897 as a private citizen of a republic. Before its final US annexation, Hawaii became a United States territory and she toured the US east coast demonstrating against this. At barely 19 yrs of age she found out by cablegram that a monarchy in Hawaii was not to be. In Feb 1898 she got engaged (to prince David Kawananakoa) but then died in March 1899 at age 23 of inflammatory rheumatism according to the NY times.

a digital editing of an old historic photograph
$ 11.00

A Portrait of Someone Hawaii People