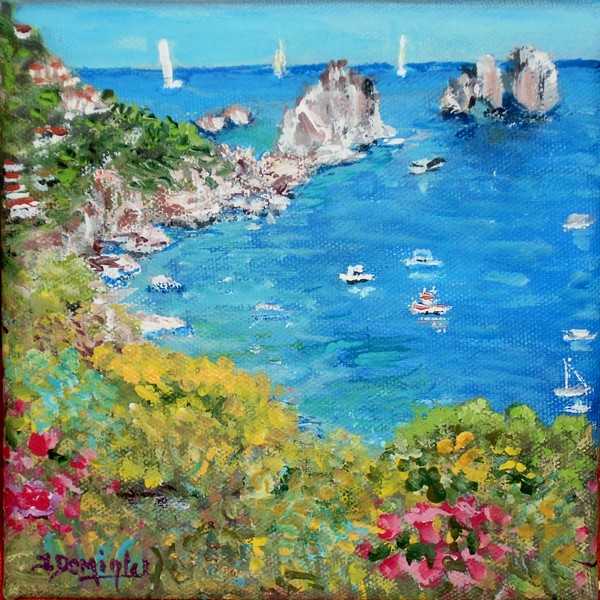 The Faraglioni rocks in Capri consists of three massive rocks standing majestically just few meters from the island’s southern coast. Each stack is given a name. The first spur of rock is named; Stella. The second one is Faraglione di Mezzo. And the third is Faraglione di Fuori. It also known as Scopolo, which means a head that stretches into the sea. Stella, which is connected to the island, is the tallest among the three sea stacks. It stands 109 meters tall. It is followed by Scopolo, standing 106 meters. Mezzo is the smallest of the three, it only reaches 82 meters. The only inhabitants of the Faraglioni are a colony of blue lizards, an extremely rare variety of blue reptiles. http://www.dominicistudios.com/