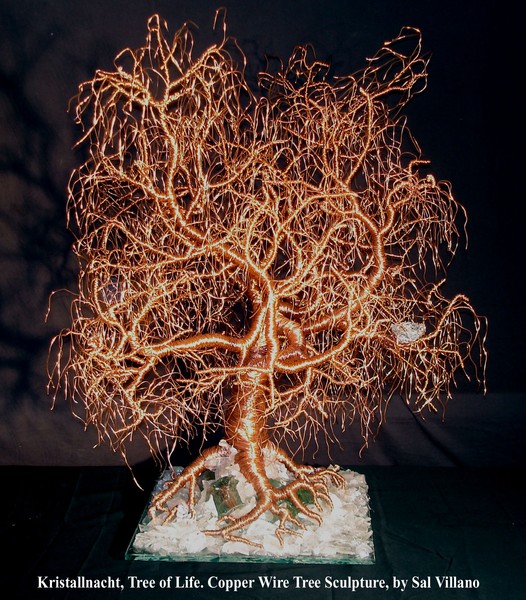 Kristallnacht, Tree of Life Kristallnacht, or The Night of Broken Glass, was a series of government-sanctioned attacks against the Jewish population of Germany and Austria on November 9-10, 1938. Ninety-six Jews were murdered and 25,000-30,000 were arrested and sent to concentration camps. The damage to property was also very extensive: thousands of synagogues were attacked, with 267 burned to the ground. Thousands of Jewish homes and Jewish owned businesses were burned and destroyed using sledgehammers and axes, leaving most of streets covered with shards of broken glass shimmering in the moonlight -- hence the origin of the name Kristallnacht. Many historians consider this horrible event to be the beginning of the "Final Solution"