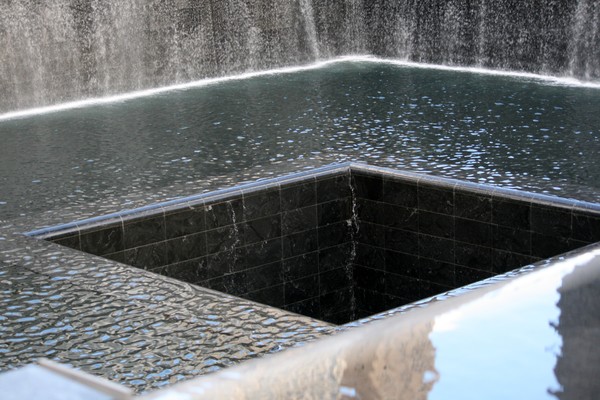 The National September 11 Memorial in New York City is a tribute of remembrance and honor to the nearly 3,000 people killed in the terror attacks of September 11, 2001 at the World Trade Center site, near Shanksville, Pa., and at the Pentagon, as well as the six people killed in the World Trade Center bombing in February 1993. Amongst the dead were four Israelis, two of which were in the buildings and two who were aboard the airplanes that crashed into the towers. The four are: Alona Avraham, Dani Levin, Shai Levinhar and Hagai Shefi. Hagai Shefi 34 years old, the son of my friends Esther and Dov, was the CEO of GoldTier High Tech Company. On that morning he was supposed to lecture on the 106th floor of the north building that was hit first. After the hit and before the tower crashed, Hagai called l his wife, Sigal, described the tower, the flames and the smoke, he calmly said he doesn’t see how he can come out alive from the situation. He departed from her and from his family. Hagay Shefi is survived by his parents, his brother and sister, his wife and two children. May his memory be blessed!

VERY POIGNANT AND VERY BEAUTIFUL MEMORIAL, LILI. THEY LIVE ON FOREVER IN OUR HEARTS AND MINDS.