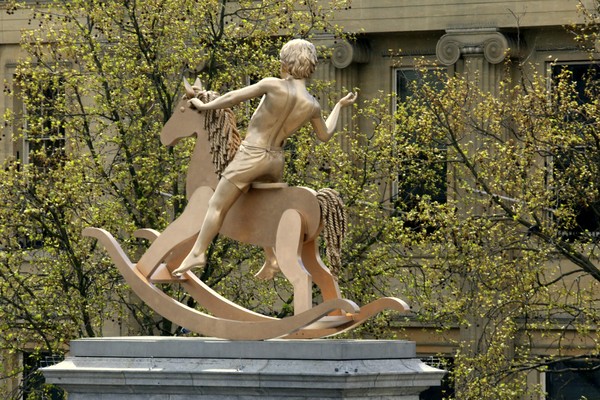 The bronze sculpture of a curly- haired boy on a rocking horse was presented to Londoners as the latest artwork chosen for the vacant platform in Trafalgar Square, known as the Fourth Plinth. Selected for the year of the 2012 London Olympic Games, “Powerless Structures, Fig. 101” is by artist duo Elmgreen & Dragset. The child, a symbol of the ordinary, is intended to contrast with the heroic statues elsewhere in the square. The photos were taken on April 11, 2012.