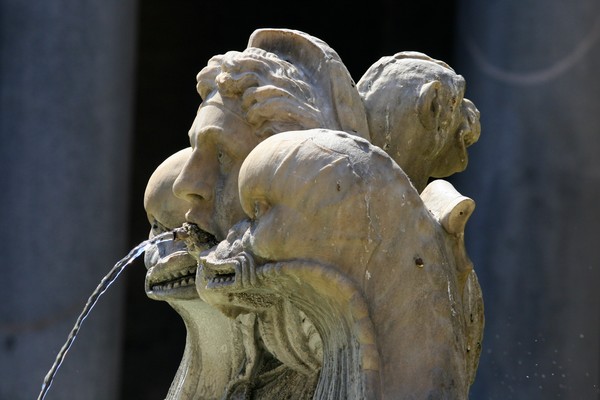 The Fontana del Pantheon (English: Fountain of the Pantheon) was commissioned by Pope Gregory XIII and is located in the Piazza della Rotonda, Rome, in front of the Roman Pantheon. It was designed by Giacomo Della Porta in 1575 and sculpted out of marble by Leonardo Sormani. In 1711, Pope Clement XI requested that the fountain be modified and had Filippo Barignoni design a new layout, which included a different basin, made of stone, and the obelisk of Ramses II set in the centre on a plinth with four dolphins decorating the base. In 1886, the original marble figures were removed, and replaced with copies by Luigi Amici. Today, the originals can be seen in the Museum of Rome. (Wikipedia) The photo was taken in Rome on September 15, 2011.

Your pictures and text are a fantastic nvitation to visit Italy Lily !!!!! Thank you for sharing !!!!