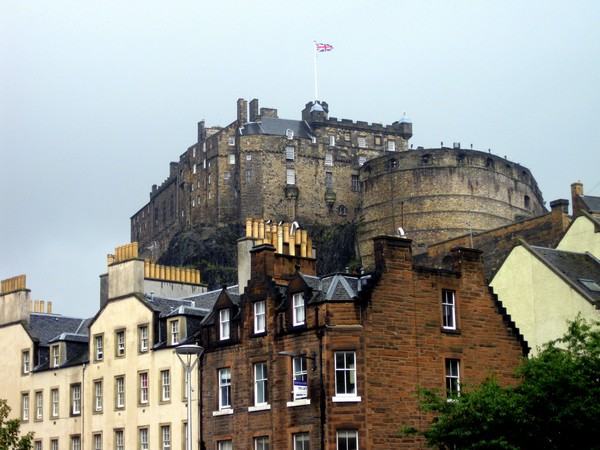 Edinburgh Castle is a castle fortress which dominates the sky-line of the city of Edinburgh, Scotland, from its position atop the volcanic Castle Rock. Human habitation of the site is dated back as far as the 9th century BC, although the nature of early settlement is unclear. (Wikipedia). The photo was taken on August 20, 2009.

What a great historical picture Lil!

And it wasn't raining!!! I was born not far from those houses.

GREAT SHOT! THANKS FOR THE HISTORY.

and a fine shot it is!

Great picture I live very close to this. It is such a shame that we are forced to fly a union flag on this magnificant Scootish building there long before the union.

What a place! Love it!