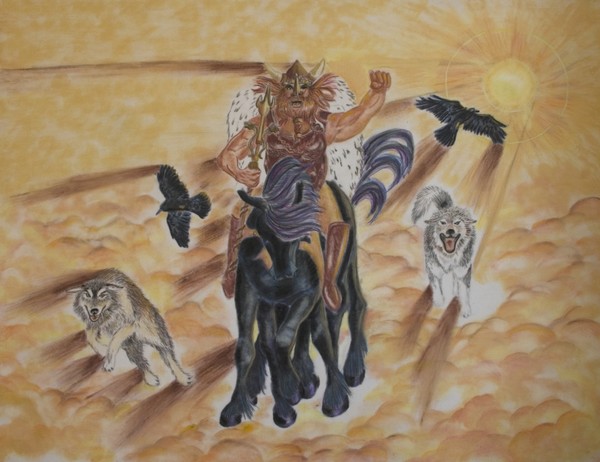 Odin is the chief god in Norse mythology, also referred to as Woden or Wotan. Woden’s Day = Wednesday. Odin sacrificed his eye at Mímir's spring to gain Wisdom.

Odin's magical eight-legged steed is Sleipnir, the greatest of all horses. Huginn and Muninn are a pair of ravens that travel the world bearing news and information to Odin. Huginn is "thought" and Muninn is "memory". His wolves are Geri and Freki.

He sometimes acts as the instigator of wars, and able to start wars by simply throwing down his javelin Gungnir, and/or sending his valkyries, to influence a battle.