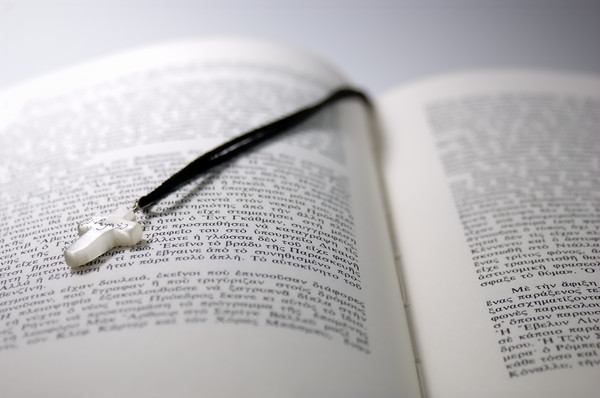 It is not known when the first cross image was made; after circles, crosses are one of the first symbols drawn by children of all cultures. There are many cross-shaped incisions in European cult caves, dating back to the earliest stages of human cultural development in the stoneage. Like other symbols from this period, their use continued in the Celtic cultures in Europe. For example, celtic coins minted many centuries before the Christian era may have an entire side showing this type of cross, sometimes with the five cardinal points marked by concave depressions in the same style as in stoneage carvings. Other coins may be showing the cross held by a rider on a horse and springing forth a fern leaf, sometimes identified as a Tree of Life symbol. These early sun crosses or celtic crosses have nothing to do with later Christian ones. -------------------------------------------- Both the Latin and Greek crosses play an important part in the architectural and decorative styles of church buildings during the fourth and subsequent centuries. The church of Santa Croce at Ravenna, is in the form of a Latin cross; and on the pillars of a church built by Bishop Paulinus at Tyre in the fourth century the cross is carved in the Latin way. The faýade of the Catholicon at Athens shows a large Latin cross. And this style of cross was adopted by West and East until the schism occurred between the two churches. Indeed, at Constantinople the church of the Apostles, the first church of S. Sophia, consecrated by Constantine, those of the monastery of St. John at Studium, of St. Demetrius at Salonica, of St. Catherine on Mount Sinai, as well as many churches at Athens, are in the form of the Latin cross; and it appears in the decorations of capitals, balustrades, and mosaics. In the far-off lands of the Picts, the Bretons, and the Saxons, it was carved on stones and rocks, with elaborate and complex Runic decorations. --------------------------------------- a greek poem and very famous now greek song say: SOUTHERN CROSS (Stavros Tou Notou) In the nor-wester the waves boiled; we were both bent over the map. You turned and told me how in March you'd be in other latitudes. A Chinese tatoo drawn on your chest; however you burn it, it won't come off. They said that you had loved her once in a sudden fit of blackest fever. Keeping watch by a barren cape and the Southern Cross behind the braces. You're holding coral worry-beads and chewing bitter coffee beans. I took a line on Alpha Centaurus with the azimuth compass one night at sea. You told me in a deathly voice: "Beware of the stars of Southern skies". Another time from that same sky you took lessosn for three whole months with the captain's mulatto girl in how to navigate at night. In some shopin Nosy Be you bought the knife - two shillings it cost - right on the equator, exactly at noon; it glittered like a lighthouse beam. Down on the shores of Africa for some years now you've been asleep. You don't remember the lighthouse now or the delicious Sunday sweet.

KOSTAS...MAN OF MANY TALENTS; PROFOUNDLY MOVING!

kostas this is just so well done that i am out of words to even coment...spiritual and inspirational....lovely work...

kostas you do such beautiful work! i love the way it tells its own story for the viewer!