Home / Artists / Ivo Depauw / Image Detail
Note: Before you can add favorite images, you must be a ArtWanted.com member. Login now or create your free account. 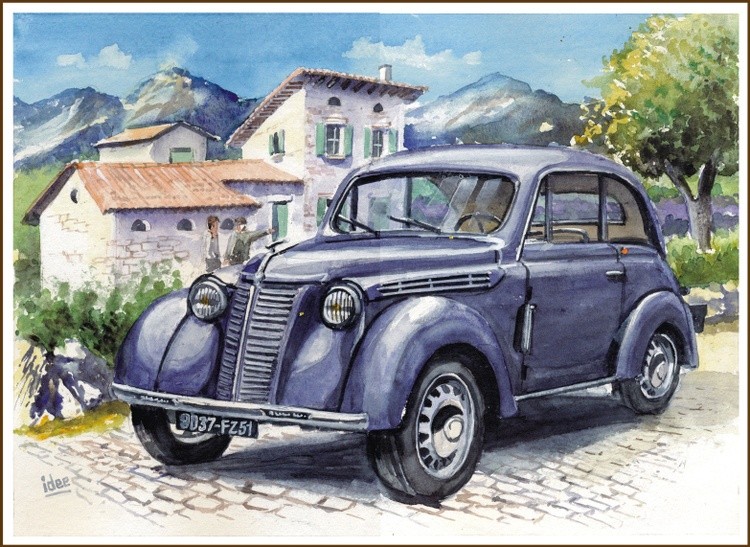 Also called the "Juvaquatre". Intermittently, from the Second World War, produced from 1937 to 1960. With this two-door "no nonsense" car, Renault aimed at the Western European middle class, which was slowly recovering from the aftermath of the war. With its 1000 cc and three gears one could hardly speak of a speed monster. It is striking that the Renault engineers were inspired by the German Opel Olympia for this car. What I personally find special about this car is that I once, as a little boy, took a ride in the front seat with my uncle who owned such an old car in the late fifties, and ... that it was the first time in my young life was riding in a car !!! Image size: 260 x 360mm

ANOTHER MAGNIFICENT WORK AND A TERRIFIC MEMORY TO BOOT.