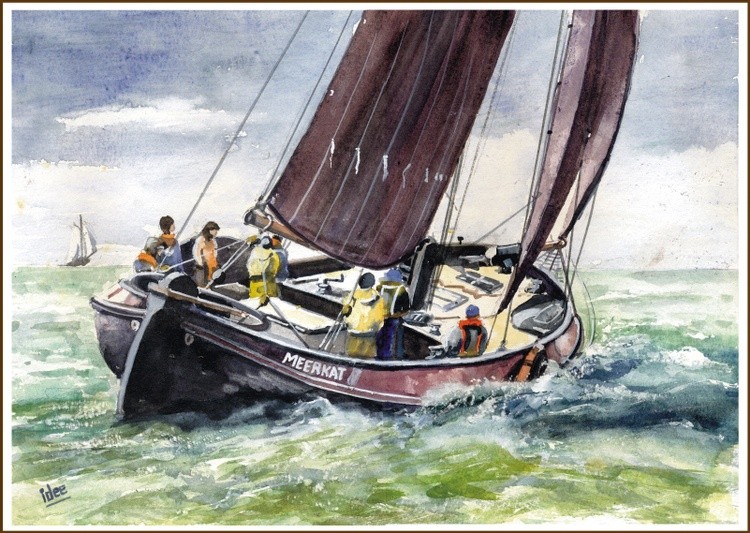 The first lemsteraak of which there are drawings, was built in 1876 by the shipyard De Boer from Lemmer. Originally, the barge was intended as a fishing vessel on the Waddenzee and the Zuiderzee. It was mainly used to fish for herring, although the actual fishing was done with herring rafts. The barge was used for transport and storage of the fish, this was provided by a (covered) bun on the foredeck, which could be up to 2.5 meters in size. Because of its speed, the barge was also used for the transport of other (live) fish, mussel seed to Zeeland and mussels from Zeeland to Belgium. With its high bow the lemsteraak could also handle high waves and as a result they were used early in the 19th century for the transport of live eels to London, where the barges even had their own berth. The watercolor shows an originally built lemsteraak, but from the beginning of the 20th century these vessels were also built as beautifully decorated yachts.

Your action is most expressive on the water... always enjoyable

MARVELOUS ARTISTIC WORK MY FRIEND. WONDERFUL. AND THE WATER IS FANTASTIC.