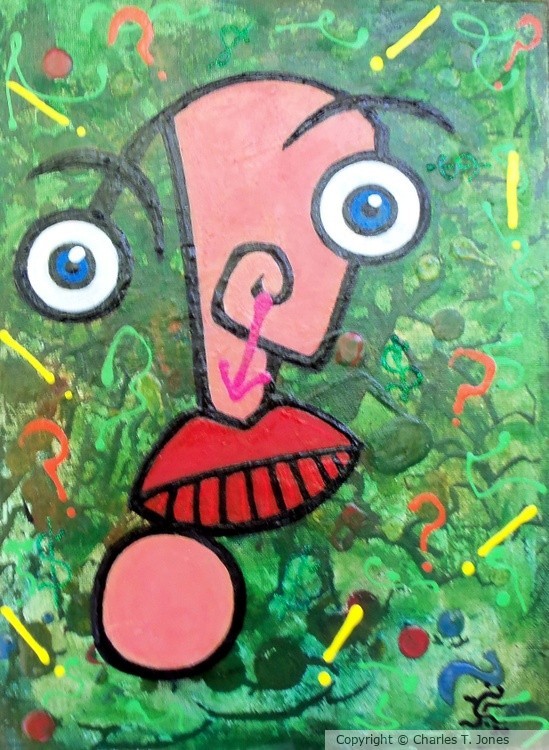 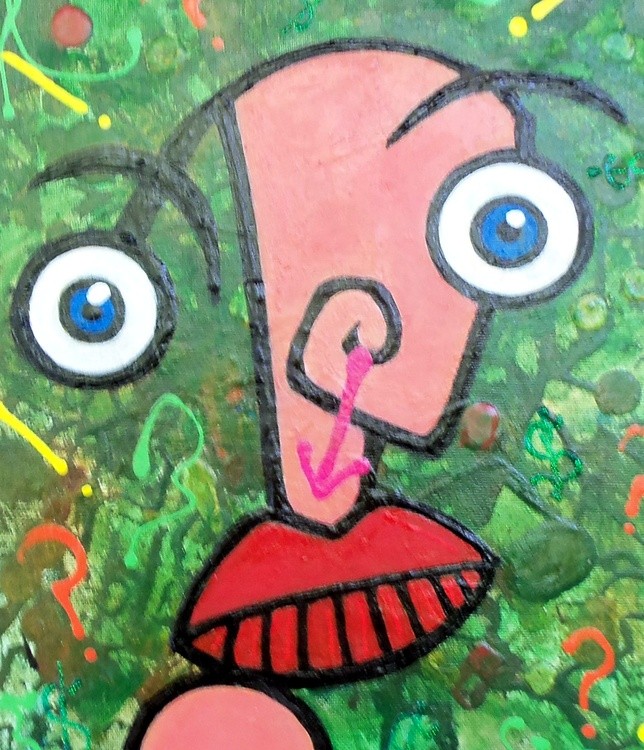 I grew up pre-internet and pre-computer. Over the years I've developed sort of a built-in tried-and-true lie/worth detector. This is why I don't click on suspicious emails with attachments, I don't trust what comes out of the mouths of the current batch of talking heads and I don't let politics cloud my judgement in any way. I look/hear and analyze. It's not that difficult if you train yourself. Really. I mean it. One of the major precepts I learned early on was: A man is only as good as his word. So after a little trial and error, I found a few friends over the years I could trust and discarded the rest. That COULD be why my sociability hasn't been as extensive as the average person, but I digress. But think about that precept a little or maybe more than a little. A man is only as good as his word. This is a 16 by 12 inch acrylic painting on canvas panel and a questioning example of Original Jones Art as he awaits his mail-in ballot here in northwest Austin, Texas.

That cool Charles how use the Colors

Artist Reply: I actually put the acrylics in cheap condiment squeeze bottles I picked up at a dollar store. I used those bottles to draw upon the canvas board, Ray. It was an interesting approach and more like using a pen than a brush. I did use a brush in the fill-in areas like the whites of the eyes and the flesh tone areas. Hope you are staying safe and being creative today. :)

Artist Reply: Hey, John! Nice to hear from you. This is the second 'experiment' using the Sargent brand acrylics I picked up cheap and only afterwards figured they were for this 'trendy' flow technique I keep seeing on YouTube. The first one was 'This Is Not Popeye' from March of this so wonderful year. Being the contrarian I am, I'm still trying to find the right recipe for lemonade. Hope you are doing great! :)

Artist Reply: There are many forks in the road of life, Elton, which is why you need to always wear shoes. Some of them can be quite pointy. Just a little experiment using some acrylics I picked up that are better suited for flow and/or pour technique than brush technique. Of course, this could be the cow path. :)