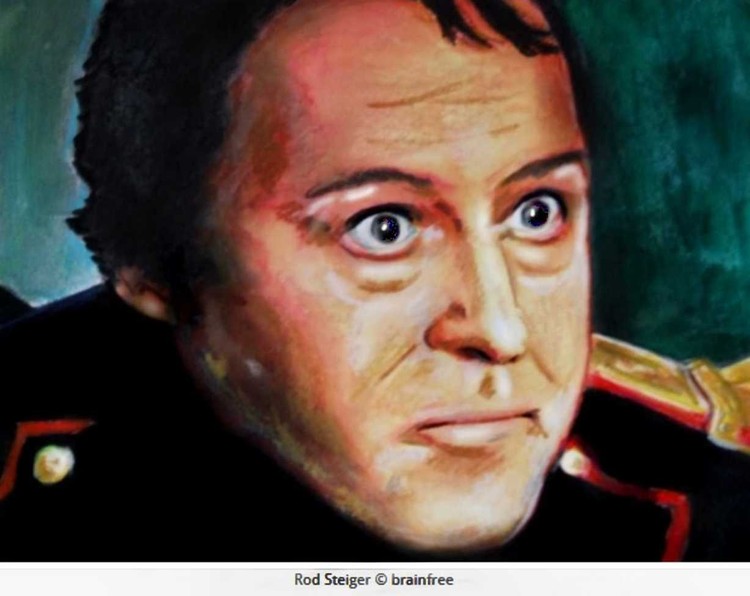 Rodney Stephen "Rod" Steiger (April 14, 1925 – July 9, 2002) was an American actor known for his performances in such films as On the Waterfront, The Big Knife, Oklahoma!, The Harder They Fall, Across the Bridge, The Pawnbroker, Doctor Zhivago, In the Heat of the Night, Waterloo, and Duck, You s***er!, as well as the television programs Marty and Jesus of Nazareth. He also played well-known figures such as Napoleon Bonaparte in Waterloo (1970) A3 Paper done with watercolor then sealed with acrylic.