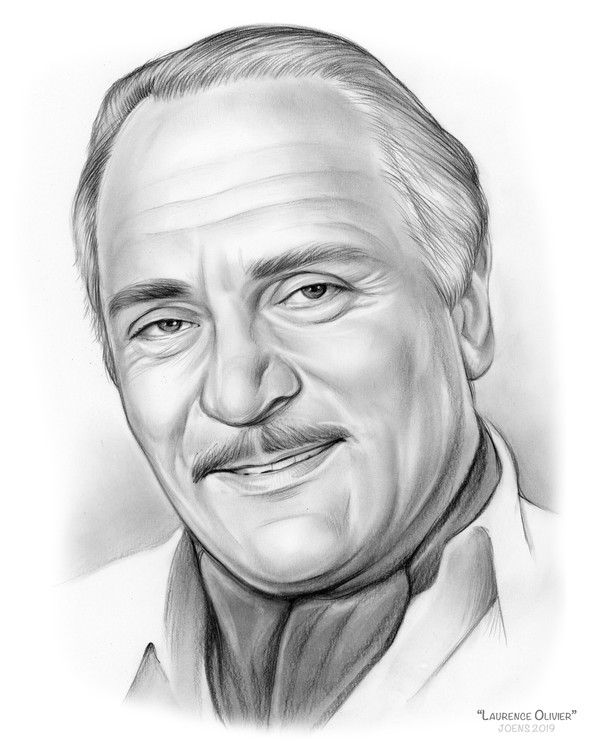 Birthday Sketch... Laurence Olivier (22 May 1907 – 11 July 1989) was an English actor and director who, along with his contemporaries Ralph Richardson, Peggy Ashcroft and John Gielgud, dominated the British stage of the mid-20th century. He also worked in films throughout his career, playing more than fifty cinema roles. Late in his career, he had considerable success in television roles.