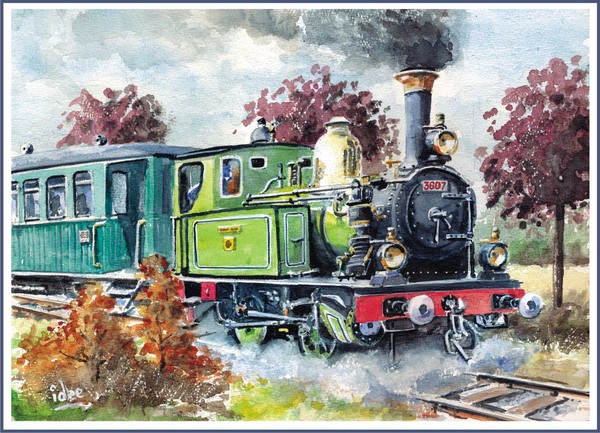 At the end of the 19th century railway went round the country hawking. Trains connected the country-side with the bigger centres, aswell for passengers as for goods. The picture shows one of those little locs like used in the lowlands. Some of them are perfectly restored. In the twenties and thirties electric tram-cars took over hand-over-hand, the so called « peasant-tram ». Some of those railway-traces still existe and are now transformed in splendid bike-trails. Image size : 260 x 360 mm

Artist Reply: Thanks John, and there are still some in musea, I took one of these splendid restored pieces as an example

Artist Reply: Many thanks Heloisa