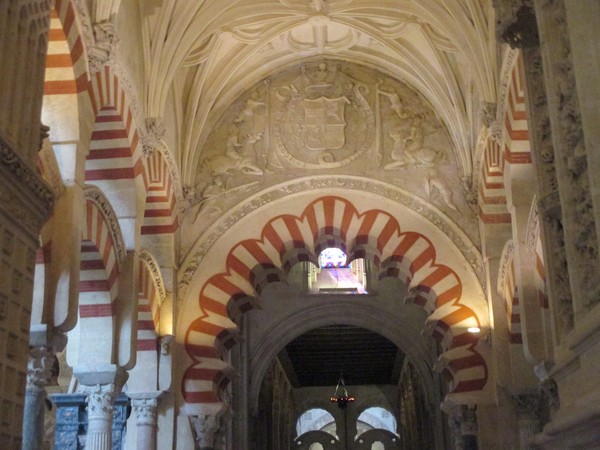 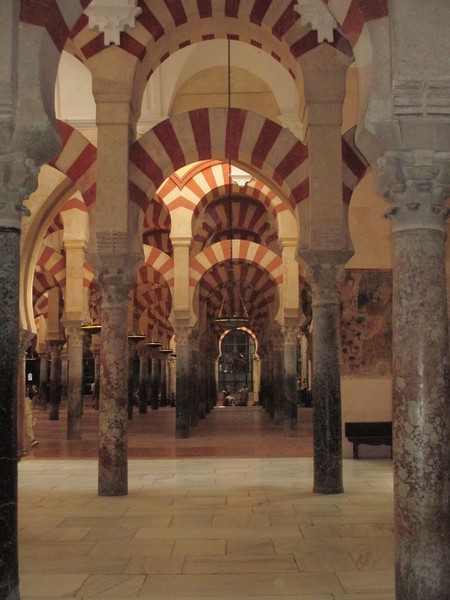 Photos from my sisters Current Trip to Spain

Indeed Spain has everything under the sun. It is almost not realistic that we find such beauty in a touristic area.

Wonderfully captured photograph of the great Mezquita/Mosque of Cordoba in al-Andalus, the last stronghold of the Umayyad dynasty! The elegant double-arches on top of them pillars have different interpretations, both functional and symbolic....when it comes to the symbolic variety, one could say that the whole contraption of double-arched pillars are symbolic palm-trees, shading the faithful believers in those times! If I may digress further, I may add that the palm-tree in ancient, pre-Islamic Semitic culture(s) was imagined as a goddess called "Ashirah" (pronounced A-shee-rah). This goddess was worshipped by (among others) Phoenicians, who used to trade with Iberia/Spain in the late Bronze Age/Early Iron Age...Why bring up the Phoenicians into this context? Well, it may seem far-fetched, but the Umayyad dynasty who built the Mosque of Cordoba originated from what is nowadays Syria and Lebanon...exactly the homestead of the ancient Phoenicians/Canaanites! What´s my point? Nothing other than that, this beautiful image gets me started on nerdy, historical stuffs! Once again; great and interesting image/photo!

Artist Reply: Thank You Dear X-Chel for appreciating this. Sincerely I'm pleased You liked my works, I'm looking forward to viewing some more of Yours too!

I took the opportunity to browse yoir portfolio now that I can get back in the site, and your work is really great, very expressive and emotional.

Artist Reply: Thank You Michael for your gracious opinion of my artworks.

what a fabulous shot John...wow!

Artist Reply: Thank You Marika. Have a great Friday and a Wonderful weekend.