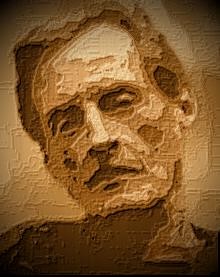 Charles Oliver on the web...

Charles Oliver- A short bio about the artist.

Charles Alexander Oliver was born in 1948 in Philadelphia, Pennsylvania He has been creating since he could hold a crayon. He is self-taught basically except for some direction from his father who was also an artist.

He has been involved with fine art professionally since 1969 when he returned home from Vietnam and the Marine Corps. During the early 70's he worked as an art consultant to fine artists and exhibited his works in many shows in the Philadelphia, New Jersey and New York areas.

In 1976 he started his commercial art career and continued to do fine art in his spare time. Mr. Oliver has been an art director for several ad agencies, PR firms, newspapers and printers.

In 1988 he was diagnosed with a terminal illness. Charles was told he could expect to live 18 months to 2 years. That was 19 years ago and he hasn't missed a step or looked back.

In 1992 he moved to Fairfax, Virginia to be closer to family and went back to the fine arts area on a full time basis. Mr. Oliver moved here to atop Mount Jackson in 2007.

In his own words... "There never seems to be enough time in the day to pursue all I want to do in art. I live, breathe and dream creation. I also enjoy website design and programming, and photography (I use my photos as the basis for some of my works). I enjoy all genres, styles and mediums of art and strive master them all. That's what drives me. It is my mission in life. Not only to be technically fine but more importantly to project feelings and jog the imagination of the viewer. Thank you for your interest and patronage of the fine arts."

Charles Oliver has his works on display in many online galleries along with his own sites. Above is a listing of a few places you may view his works.