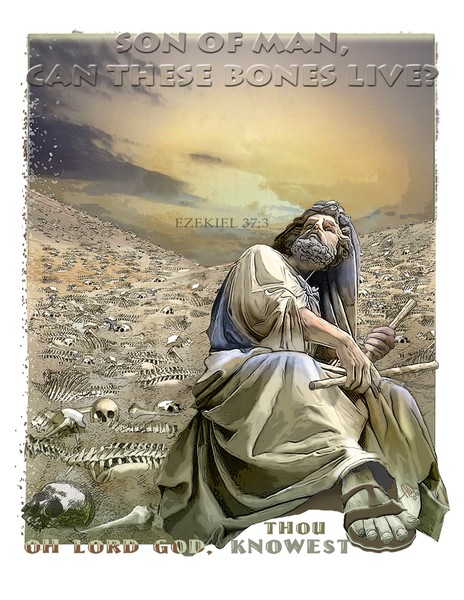 Ezekiel 37:3.After ten years in exile and Jerusalem destroyed, the people have given up hope. The prophet they've listened to (mostly for the drama), earlier spoke to the mountains of Israel(the land itself). Now God instructs him to prophesy to bones. Can God have a sense of humor? Definitely, even while maintaining the seriousness of a theme. This illustration is the front end of Ezekiel's vision in the valley, just before the scenario’s special effects begin. Ezekiel chapter 37 is an animation scene idea I've seen many times compliments of Hollywood. No interpretation is needed because God Himself explains His restoration of Israel as a nation. But this restoration goes beyond the one in 1948 into a time yet coming.

thank you, Andrew, for this illistration of ezekiel's vision