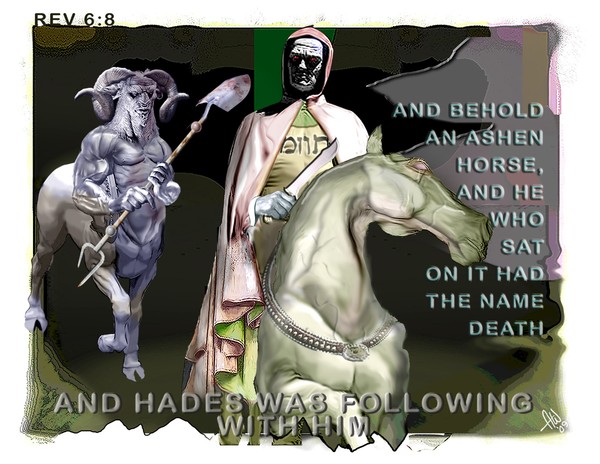 The fourth seal of the scroll is broken and a fourth horseman (the pale horse rider) comes forth. He's the only rider identified by name and sidekick (Hades). The Greek Hades was a person while the Christian Hades(hell) is a place so artistic license morphed Hades into Death's undertaker. The person of death dresses as a familiar, not a fantasy character. His horse definitely heads south health-wise as a belief system or institution. Many Bible commentaries are penned by scholars born before seeing prophesy become fact. Modern microscopes allow study of a virus pestilence more severe than plagues from the fleas of rats. Israel has returned to the land(in 1948) prophesied in Hosea 2:23. The stage is set.