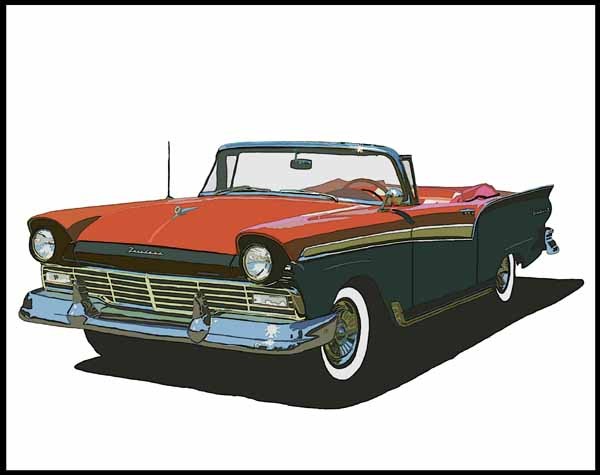 By 1957 convertibles accounted for 5% of the market and Ford was the dominate producer. The Sunliner with the base V-8 sold for $2,605. Also available in 1957 was the 312 V-8 with a Paxton-McCulloch VR57 supercharger. The blown engine was offered as a counter to Chevrolet's excellent fuel injected 283. Although, as a $500 option, few of the supercharged engines were sold, it was highly successful in racing, so much so that NASCAR and USAC both ban its use the following year.