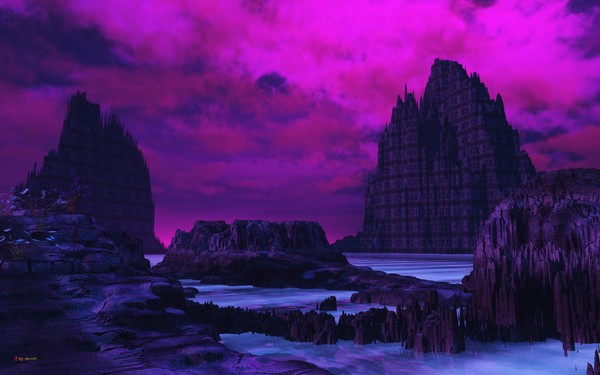 On Nasus Romur Mong archeologists found the remains of the fabled city Ramasis. Ramasis was one of the first cities to be destroyed by Whisties terrorist attacks. The blasts were so horrendous that the rock face surrounding the lost city were seared with images of the buildings. The region was made into a reserve to preserve a slice of history by the IPUP Historical Society. Nasus Romur Mong is the fourth planet in the Barbarity System one of the first systems that broke away from the Fartherthantruth Alliance applying for membership into the IPUP.

The planet went through a massive SIS (Socially Integrated Sciences) project to bring Nasus Romur Mong back to the biosphere prior to the total devastation of the terrorist attack in the early days of the Reign of Whisties Terror a very dark time period in the history of the IPUP and surrounding star systems. The SIS project took 150,000 decobreens before the planet could become habitable for human populations. Much of the planet has been kept as wilderness with centralized population centers as part of the Planetary Management System (PMS) which was submitted as part of the SIS project plane. Nasus Romur Mong has been held up as a model of the success of process of SIS.