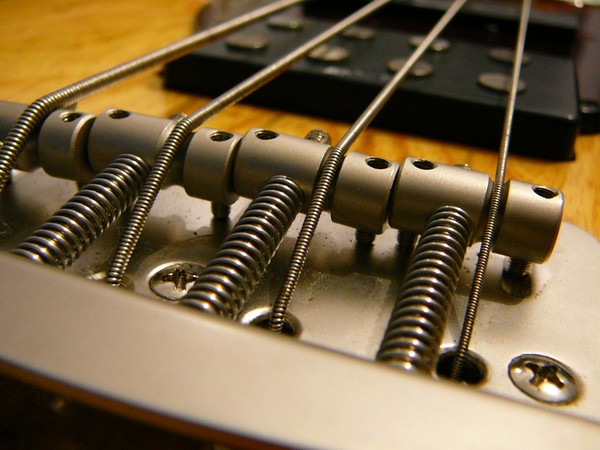 To be honest, I haven’t been a very good brother to my bro. I still remember the days when I would half-heartedly pick him up from school during his elementary years. It wasn’t until that one day when I promised to buy him a guitar as a reward if he made it to the 1st National Junior High School in Surabaya. Somehow it was my first sincere promise to him after all those years. The day came when he came up to me and said “I made it to the 1st National, so where’s my guitar?” pride and a bundle of other feelings dwelled within me as I set out to buy him his first guitar. The shop I came to was small and cramped with home-made musical instruments. As I am not an expert on musical instruments, I asked a friend of mine, Bambang, to help me choose. In the end, I bought my bro a fake Yamaha for Rp.250.000 as I thought that he probably wouldn’t be serious about playing. Along with the guitar, I also bought a couple of tutorial books. Even with the enthusiasm in my bro’s gleaming eyes when he first laid eyes on the fake Yamaha, I still thought that he would drop the guitar in a couple of weeks. But he proved me wrong! He practiced, and practiced, and practiced endlessly until finally the fake Yamaha I had bought him couldn’t handle his skill level anymore. He had to switch to another guitar; he had to switch to the real deal. Our father bought him a real Yamaha, which was six times the price of the fake Yamaha I had bought him, a price which, at that time, I couldn’t afford. After a year of shredding the strings on his acoustic guitars, an electric guitar joined the family. It was a black Washburn with a small amplifier which came with a nifty gig bag. This guitar however, didn’t last too long. My bro sold it a few months after I left Indonesia to begin my studies. Strangely, considering the guitars at home, my brother chose to be a bassist instead of lead or rhythm. His excuse was that the bassist’s fingers were more fun to look at and that he didn’t want to become the highlight of the band by being the lead guitarist. Another probable reason that he decided to become a bassist was because of how I favored KoRn’s bassist so much for his aggressive style of play. Even though my bro decided to be a bassist during his early band days, it wasn’t until the second half of 2007 when he got a real bass guitar. He soon played in various festivals with his junior high school band. One thing that made me even more proud of my brother is that he and his band won 1st prize in the Mayor’s cup band festival. It was a shame that the band had to break up when the time came for them all once again to attend the national high school exams. In the end none of the band members attended the same senior high school. During my bro’s senior years, he joined a couple of bands; one of them was called Tear Drops Fall, and the other, Vendetta. When we talk about a guitar, of course we’re talking about music! I’m the kind of person who can listen to any kind of music. From classic to death metal, I gobble them all up. I gave my brother the same treatment. I made him listen to all the things that I listen to as well. But the most intense period was when I discovered metal during my last three years in university. Discovering metal at a late age of twenty one, I felt as though I had so much to catch up on, and there never was a day where I wouldn’t listen to metal, and soon enough I realized that it was too much for me to handle. I had to share it with someone, and that someone is none other than my bro. Through the guitar, we both shared metal. I can still remember vividly how I, in a way, forced him to listen to Metallica in the car. Afterwards I would ask him to play Metallica on his guitar. I was the punk rocker/metalhead in the family at that time, but now, after a few years, my brother is a bigger metalhead than I am, and I’m proud of it. When my bro sent me a copy of his record, my heart was so filled with pride that I shared the record with my friends, regardless of whether they enjoyed metal or not. I couldn’t care less, I just wanted everyone to know how proud I am of my bro. Lately no longer do I introduce new listening materials to my bro, he introduces them to me! I never regretted the day I handed metal down to him as it brought us closer as brothers. Moreover, I have never regretted my promise to buy him a guitar! After seventeen years, I felt that we are much closer than before. The guitar helped me make up for the years I was mean and cruel to him. I can never take back the bad things I did or said to him, but God bridged us, and soothed our rough beginning as brothers through a small and insignificant thing called a guitar.