The Gates of Eulessia/SwordTower - Treasure Island 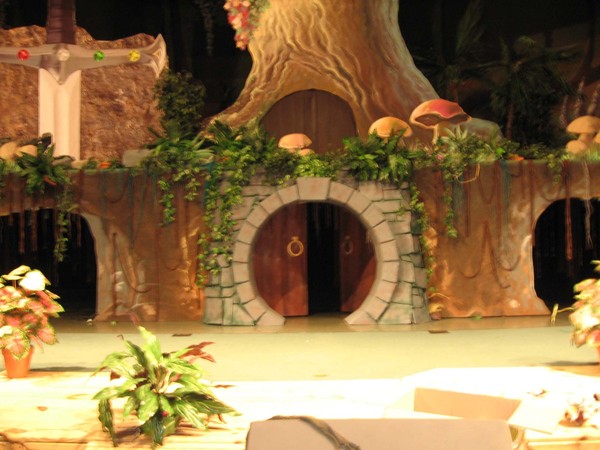 I created the Gates of Eulessia for the Master of the Stones II drama series for the Sunday morning dramas for Treasure Island at FBCEuless. Made of foamcore, the kind used to insulate houses. Very versatile and easy to use. The gate is in two parts, just under 6' tall, about 10' wide. The doors are actually mounted to the inside of the cave entrance behind the Gate. It's so light that the whole assembly can be picked up by one person (although it's size makes it ungainly to move that way). Hence the two parts. The SwordTower exterior was also made of foamcore, with scaffolding underneath so that the actors could appear at the top, as well. The rest of the stage is the regular surroundings found on Treasure Island - and was designed by reknowned Set Designer Peter Wolf.