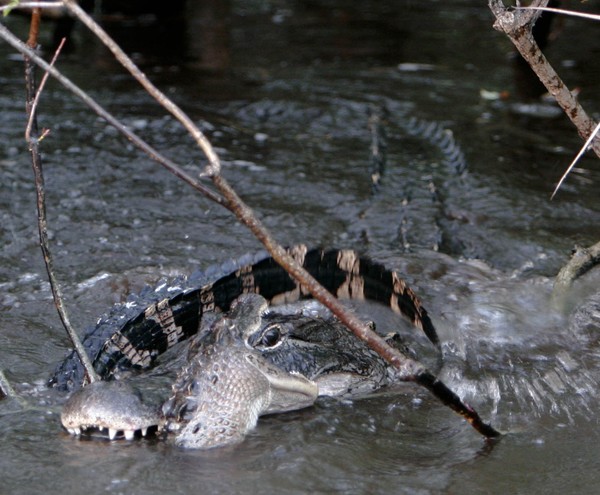 I had a hard time getting any images from this encounter. The light was very low. The bigger gator grabbed the little one and tried to kill it. The picture you see is the little one trapped in the jaws of the bigger one. He had some fight in him though. He went for the eye. One problem with poking a gator in the eye though. There is extra room in their socket for situations like this. The eye ball just sinks into the skull out of reach. The little guy survived this encounter because he was screaming so much. A bigger bull of a gator heard the commotion and came over for a part of the action. The alligator promptly released the little on and got out of the area. The little one was about 2.5 feet long. The gator that grabbed him was about 7 feet long and the big daddy was about 9 feet long. Rustin

wow what a sight to see.....makes an awesome capture!