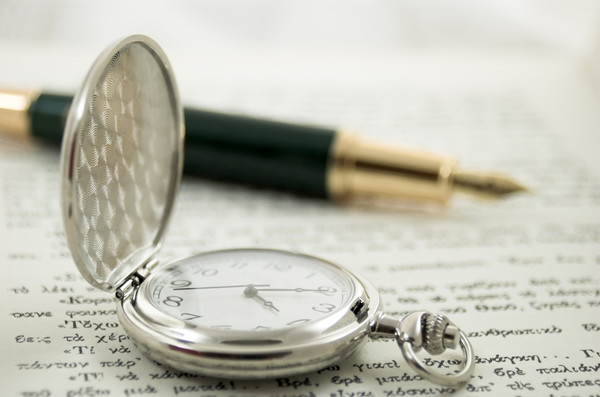 Time is very important ..still life shot with business objects some notes:(he clock is one of the oldest human inventions, requiring a physical process that will proceed at a known rate and a way to gauge how long that process has run. As the seasons and the phases of the moon can be used to measure the passage of longer periods of time, shorter processes had to be used to measure off hours and minutes. The sundial, which measures the time of day by the direction of shadows cast by the sun, was widely known in ancient times.) he rise of railroading during the last half of the 19th century led to the widespread use of pocket watches. Because of the likelihood of train wrecks and other accidents if all railroad workers did not accurately know the current time, pocket watches became required equipment for all railroad workers. In the American Sci-Fi TV series Voyagers! the time travel device known as an 'omni' looks like a pocket watch to disguise it.

This is fantastic,Kostas...just love this composition

wow -- awesome shot, angle and clarity of what you intend to show! it's a perfect display of time against the greek lettering. BRAVO!