i shall wait you 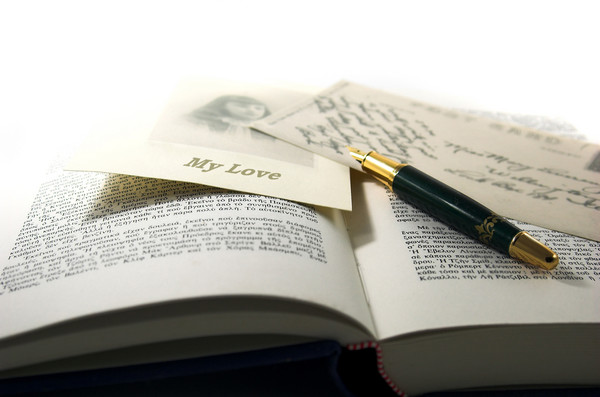 old postcard and a book (postcard is 70 years old)..... do you know that? The first postcard in the United States was created in 1893 to advertise the World's Columbian Exposition in Chicago, Illinois. Shortly thereafter the United States government, via the United States Postal Service, allowed printers to publish a 1-cent postcard (the "Penny Postcard"). A correspondent's writing was allowed only on the front side of these cards. Postcards, in the form of government postal cards and privately printed souvenir cards, became very popular as a result 1893s Columbian Exposition, held in Chicago, after postcards featuring buildings were distributed. In 1908, more than 677 million postcards were mailed.

What a lovely romantic photo ....