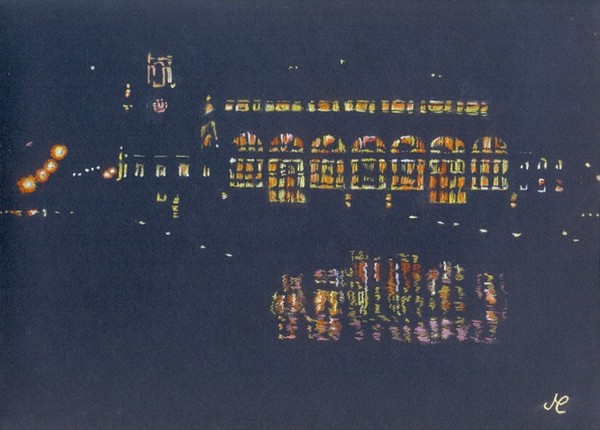 Built as a fishmarket but resembling a cathedral (bell tower included) this building has been recently restaured and transformed into an exibition hall (there is a Andy Warhol exibition going on at this moment). In the night, will all the lights reflecting in the harbour, it looks like a faery palace and indeed it was renamed "Enchanted Hall". Conte pastel pencils on black Canson MiTeintes. 24*32 cm

I like your style and the way that you did the reflections in the water. Very nice job!

wow what a magical work

Hope Beautiful...I love this style...magic in the dark...Lights shinning in the hall, laughter and secrets and wonderful art too...Wow! Very inviting. Excellent work, Cristina!!! I hope you are well. Love CB