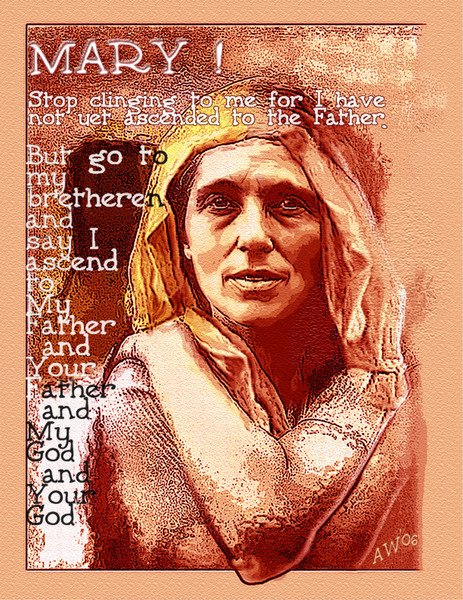 Just before sunrise Sunday morning, Mary Magdelene found the tomb open and her Lord's body missing. She quickly told Simon Peter and John, then after seeing for themselves they returned to their homes. She stayed behind at the tomb entrance and began to weep as two angels and a gardener spoke to her in her despair. But the gardener was actually Jesus and he shouted "MARY" to bring her up from the sadness that consumed her. The illustration attempts to depict her expression upon seeing her risen Lord, and the words are from John 20 verses 16-17. The prophesy she accepted on faith but did not understand was unfolding as fact before her eyes.

Excellent write up...excellent spirit and use of colors and facial expression...Would love to see more of these things on this site but that is just me...the way of Holiness seems to be a way of the past for many.