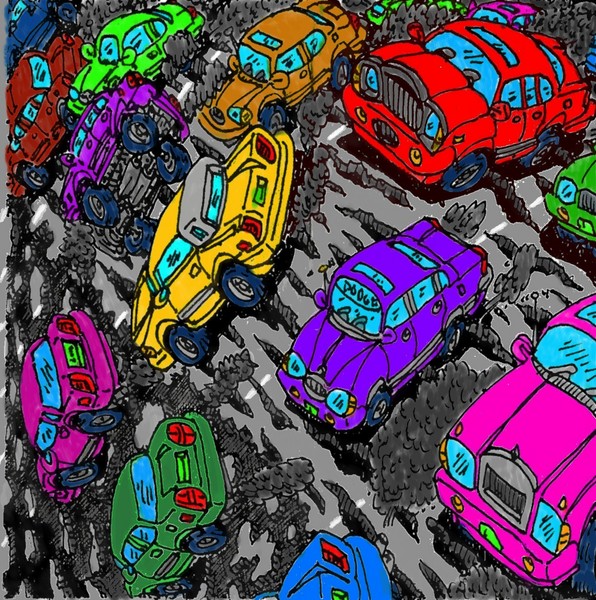 (c)2006 Since I last drew this in b/w, I've thought of another scenerio it reminds me of. In the old west, before the arrival of white men, the native americans would use various tactics to hunt the buffalo. One tactic in particular was to stampede the buffalo toward a cliff where they would go headlong to the bottom one after another. Sometimes commuter traffic reminds me of a buffalo stampede possibly heading for some unknowm cliff ahead! :O)

hee.. you I watch Cars and I thought of you work.. this one great...

So colorful. Love your style!