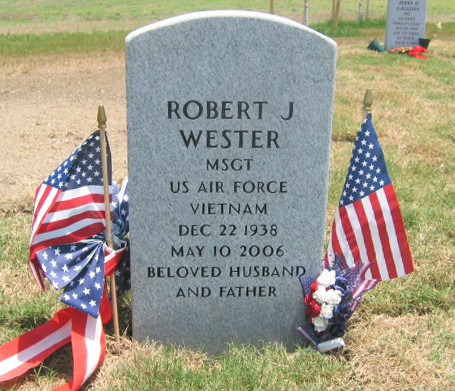 My wonderful and loving Father passed away May 10th, 2006. He took the turn towards Death 5am May 9th. Fluid filled his lungs, he has erratic breathing and was extremely frightened. All the family we have in the area we live came to be with him. He kept calling for me. So I would sit beside him, hold his hand and tell him it was ok. I would be ok, the family will be fine and that we were all there for him. We all attempted to calm him down because he was terrified... he knew it was time. He finally calmed down after a couple of hours, but his breathing was still erratic. He still kept calling for me to be with him. As I sat there whispering words of love and praise, he would randomly talk as if someone were standing beside me, when there wasn't. He'd say things like "When did you get down?" or "What do YOU want?" Always looking beside me- like I said- with noone there. Then he could no longer speak. The gurgling in his lungs quietened down and his eyes closed. He was still very aware, but unable to move, unable to speak- but when we'd go to moisten his lips and mouth, he'd clamp down on the swab until someone said- we know, we are here with you and he would let go. Our house was never so packed full of people sleeping on whatever little corner was available on the floor, couches and chairs. No one could sleep and we all took turns going in and sitting with him. Then, Wednesday morning my mom came and got me and one of my sister's... "It's time" she said... "just minutes, maybe." He died just seconds before we made it into the room. His body still, his breathing silenced and his constricted muscles relaxed. The funeral home made him look wonderful... like he did when he was younger and health. He had a military service, and I don't care how much you prepare for the firing of the guns... it makes your soul leap out of your body. I love you Daddy, you are always and forever in my heart. I know you are at peace and painfree.

So sorry Robin. Don't know what else to say. You and your family are in my thoughts and prayers.

Artist Reply: Thank you guys. One thing I forgot to mention- the headstone is suppose to have a cross on it, as my Father did have christian faith... but they did not put it on there...! They are making a new headstone and when it is up, I will take a new photo.