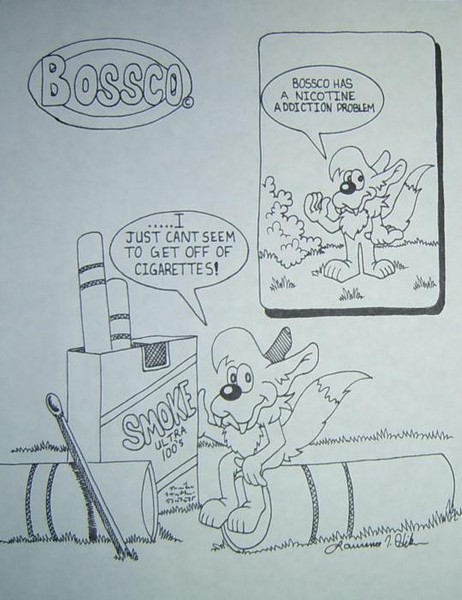 8 1/2X 11 Pen and ink cartoon about America's favorite past time....smoking a cigarette

You’ve spoken true words afriimfng that you (and we) have what employers need. I, too, served in the military. As a matter of fact, I retired honorably from the U.S. Air Force in 1997 after serving 24 years…and had a job waiting for me with a Defense Contractor. However, being laid off FROM that job 2 years later was not what I expected, AT ALL. I learned, the hard way, that the transition does not end once you’ve found a job on the “outside”. But being laid off only reaffirmed that not only did I have what employers wanted, but that I HAVE SOMETHING MORE ! I had, and HAVE a deeply ingrained, well taught outlook I received FROM the military that applies even though I’ve been out of the military nearly 12 years ! What more ? Same as you…and all of us. Oh, YES ! You’ve GOT what it takes ! Now TAKE what you’ve got.…and use it! Find out how I used it by clicking on the “Oguthrie” URL, below.

These are cute. I love em!

you have a GREAT imagination. :) love your style and sense of humor!