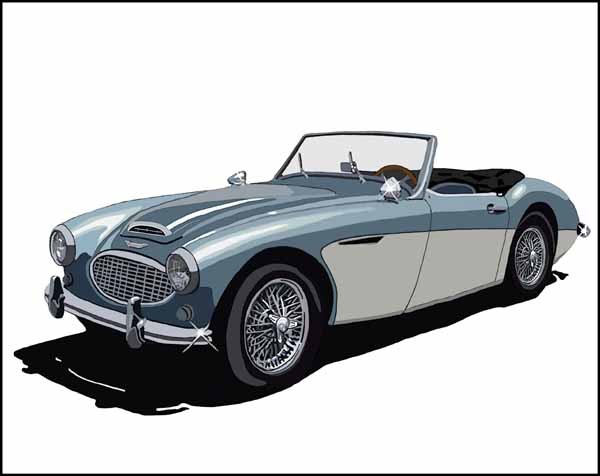 Introduced in 1957, the "100-6" replaced the 4 cylinder "100" and offered small rear seats, suitable for children, which the company hoped would increase the car's marketability. "100" fans however were critical of the car mainly because its 6 cylinder engine was less powerful than the 4 cylinder it replaced. A revised cylinder head increased power but the 100-6 never completely recovered from the initial critics and after about two and a half years of production was replaced by the "3000". Today, many consider the 100-6 to be the best value among the "Big Healeys".