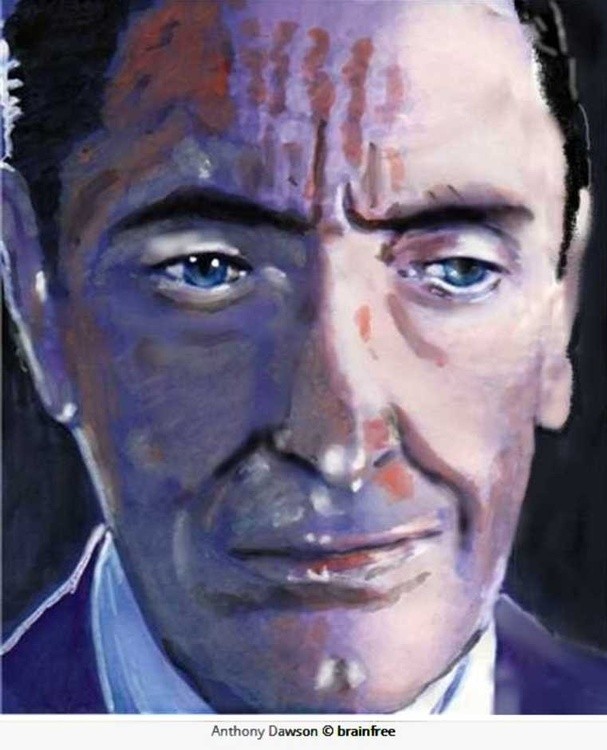 Anthony Douglas Gillon Dawson (18 October 1916 – 8 January 1992) was a Scottish actor, best known for his supporting roles as villains in British films such as Dial M for Murder, (1954), Midnight Lace (1960) and Dr. No (1962)He was also cast him as the physical presence of Ernst Stavro Blofeld in his Bond films From Russia with Love (1963), and Thunderball (1965), stroking the ubiquitous white cat. His face was never seen, however, and Blofeld's voice was provided by Eric Pohlmann. Now the site has increased the depth and size I have gone back to most of my portraits and either re-drawn them or finished them off better. I wanted a different look so done quicker with watercolor crayon W/pencil and W/paint, I love painting or drawing on paper 300 gm size A3 paper.