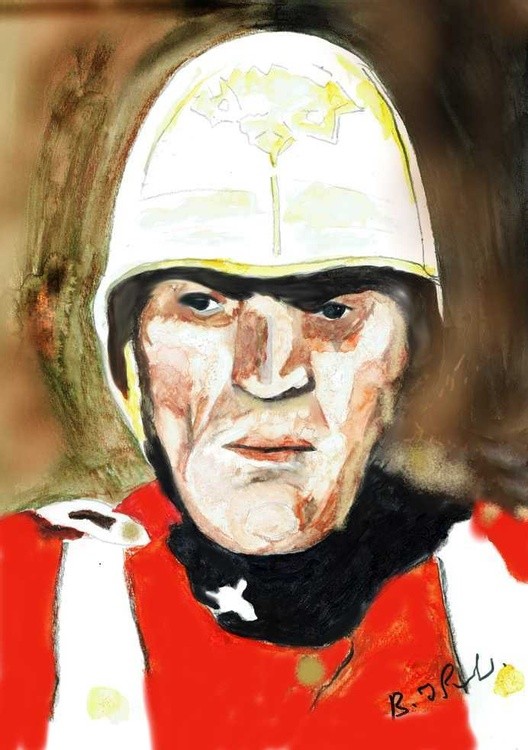 Eugene Neil McCarthy was an English actor known for his dramatic physical appearance caused by acromegaly. He was also a talented linguist and pianist. Born in Lincoln, Lincolnshire, the son of dentist Eugene Charles McCarthy (1899-1954) and Beatrice Annie (née Corney, 1901-1978), McCarthy was educated at Stamford School and Trinity College Dublin, and trained as a teacher After his teacher training, McCarthy appeared in repertory theatre in Oxford, at the Edinburgh Festival Fringe and in the West End. McCarthy's film credits include memorable roles as a Welsh soldier in Zulu (1964), as Sergeant Jock McPherson in Where Eagles Dare (1967), as Gates in The Ruffians (1973), as the villain Calibos in Clash of the Titans (1981) and as a robber in Time Bandits (1981). His television credits include: Man of the World, Danger Man, The Avengers, The Saint, Z-Cars, Dixon of Dock Green, Great Expectations, Randall and Hopkirk (Deceased), Catweazle, My Wife Next Door (A Sense of Movement), Softly, Softly: Taskforce, Department S, Who Pays the Ferryman?, Return of the Saint, Doctor Who (in the serials The Mind of Evil and The Power of Kroll), Enemy at the Door, Shogun, The Professionals, Some Mothers Do 'Ave 'Em, Only When I Laugh, The Gentle Touch and Emmerdale Farm, and the television adaptation of the Lord Peter Wimsey novel, The Nine Tailors. He died of motor neurone disease in Fordingbridge, Hampshire in 1985, aged 52.