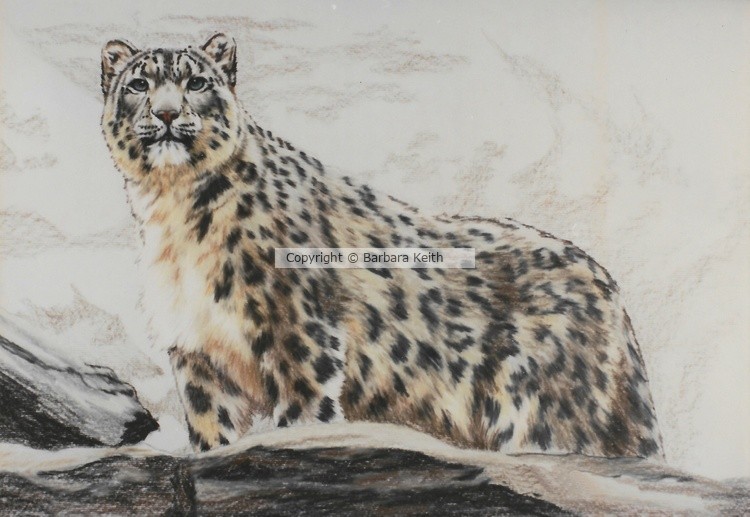 The snow leopard’s powerful build allows it to scale great steep slopes with ease. Its hind legs give the snow leopard the ability to leap six times the length of its body. A long tail provides balance and agility and also wraps around the resting snow leopard as protection from the cold. For millennia, this magnificent cat was the king of the mountains. The mountains were rich with their prey such as blue sheep, Argali wild sheep, ibex, marmots, pikas and hares. Snow leopards are found in 12 countries—including China, Bhutan, Nepal, India, Pakistan, Afghanistan, Russia, and Mongolia—but their population is dropping (worldwidlife.org).

Artist Reply: Sorry I'm so slow - life got in the way.. and thanks

Artist Reply: thank you, my apologies for being SLOW