You Talkin to Me 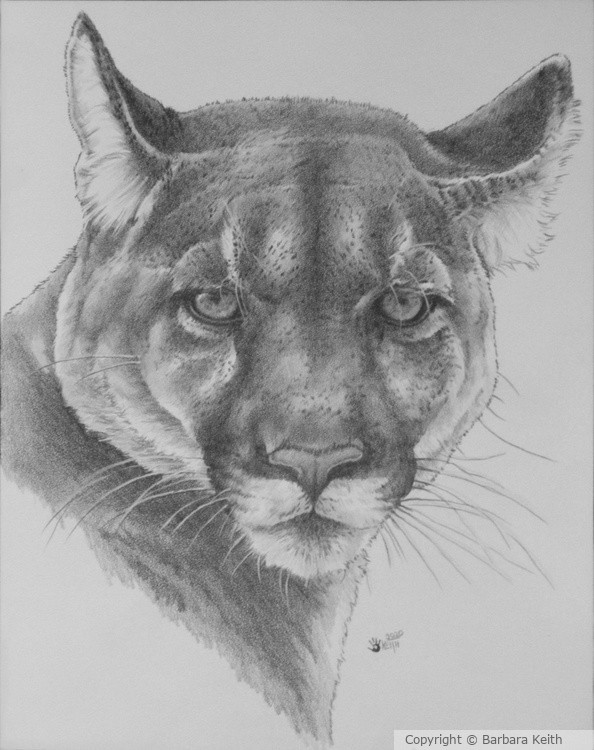 The mountain lion (Puma concolor) is the second largest cat in the Americas after the jaguar. While it's a big animal, the mountain lion is actually the largest small cat. It's more closely related to the domestic cat than to the lion or tiger. Puma concolor holds the Guinness World Record for the animal with the most common names. It is known as the mountain lion, cougar, puma, catamount, and about 40 other names in English. In keeping with its Linnaean name, scientists call the cat a puma (thoughtco.com).

11x14 graphite with a little help from acrylic

Artist Reply: didn't you kind of get that the title expressed that? It was really fun to do.. love cougars

This is a beautiful rendering. The expression is captured perfectly.

Artist Reply: this was actually more fun than I thought it would be, thanks