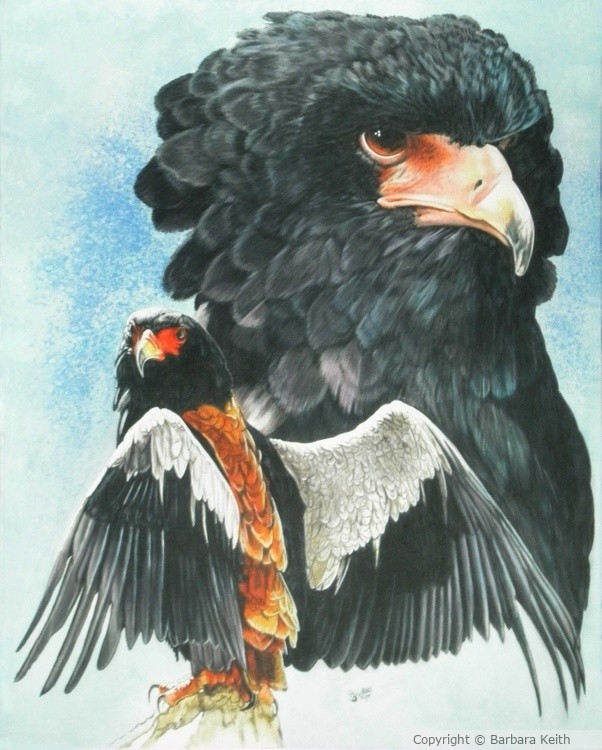 Bateleurs frequently enter water-bodies for a bath and then open their wings to often sunbathe. Standing upright and holding their wings straight out to the sides and tipped vertically, a classic 'phoenix' pose as they turn to follow the sun. Bateleurs will lie on the ground with their wings spread, exposing the feathers to direct sunlight, warming the oils in the feathers. The bird will then spread the oils with its beak to improve its aerodynamics. Bateleurs may also be seen "praying" allowing ants to crawl over the wings and feathers, collecting bits of food, dead feather and skin material. When covered in ants, the Bateleur then ruffles its feathers, startling the ants, which react by secreting formic acid as self-defense. This in turn kills the ticks and fleas, ridding the host of its parasites (Wikipedia).

You are very welcome