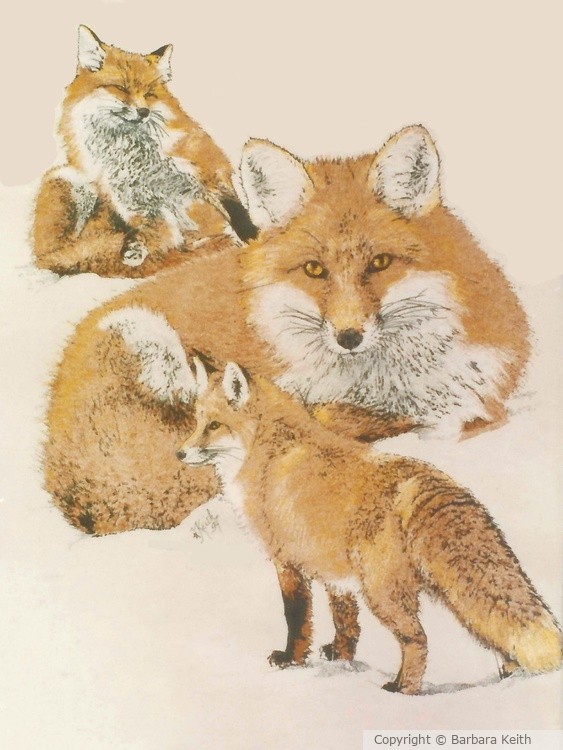 The red fox (Vulpes vulpes) is the largest of the true foxes and one of the most widely distributed members of the order Carnivora, being present across the entire Northern Hemisphere including most of North America, Europe and Asia plus parts of Northern Africa. It is listed as least concern by the IUCN. Its range has increased alongside human expansion, having been introduced to Australia, where it is considered harmful to native mammals and bird populations. Due to its presence in Australia, it is included on the list of the "world's 100 worst invasive species". The red fox originated from smaller-sized ancestors from Eurasia during the Middle Villafranchian period, and colonized North America shortly after the Wisconsin glaciation. Among the true foxes, the red fox represents a more progressive form in the direction of carnivory. Apart from its large size, the red fox is distinguished from other fox species by its ability to adapt quickly to new environments. Despite its name, the species often produces individuals with other colorings, including leucistic and melanistic individuals.[6] Forty-five subspecies are currently recognized, which are divided into two categories: the large northern foxes, and the small, basal southern foxes of Asia and North Africa (Wikipedia).

18x24 done in stipple on film for reproduction. Original unavailable

You don’t have any dogs standing sideways panting

SO BEAUTIFUL. THEY ARE REMARKABLE ANIMALS. MARVELOUS WORK MY FRIEND

Artist Reply: considering it was all dots - I'm lucky I can still see!! What I learned from the company I did this for is that "stipple" makes printing it for t-shirts and other items easier