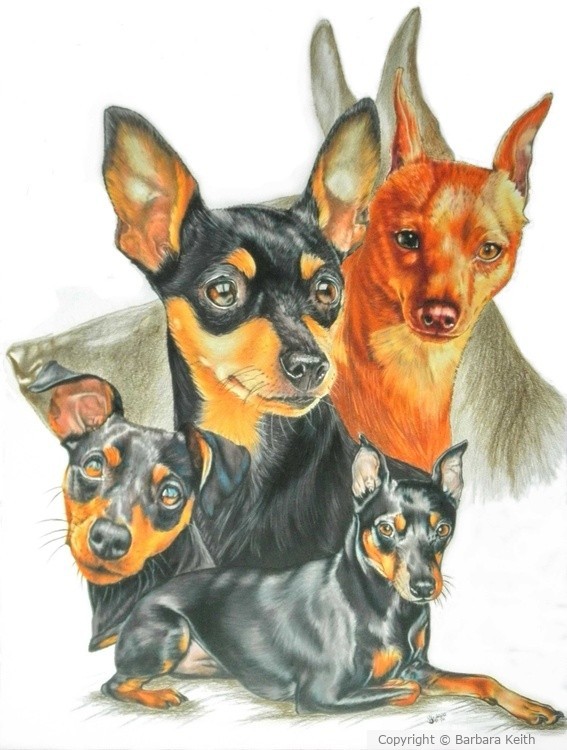 Clues about the Miniature Pinscher’s origin are scarce, but it is noteworthy that a cat-sized red dog resembling a Min Pin is depicted in a seventeenth century painting. By the nineteenth century, several paintings include dogs of distinct Min Pin type. These dogs probably resulted from crossing a small short-haired terrier (German Pinscher) with the Dachshund and Italian Greyhound. Many of the traits from these breeds can be seen in today’s Min Pins: the strong body structure, feistiness, and black and tan coloration of the German Pinscher; the fearlessness and red coloration of the Dachshund; and the elegance, playfulness, and lithe movement of the Italian Greyhound. Yet the Min Pin is more than the sum of its parts; it is perhaps the world’s most energetic breed (petfinder.com)!

BEAUTIFULLY DONE AS ALWAYS MY FRIEND

Artist Reply: Ya know, sometimes I get a little carried away but it was fun and thanks