All Is Not Lost 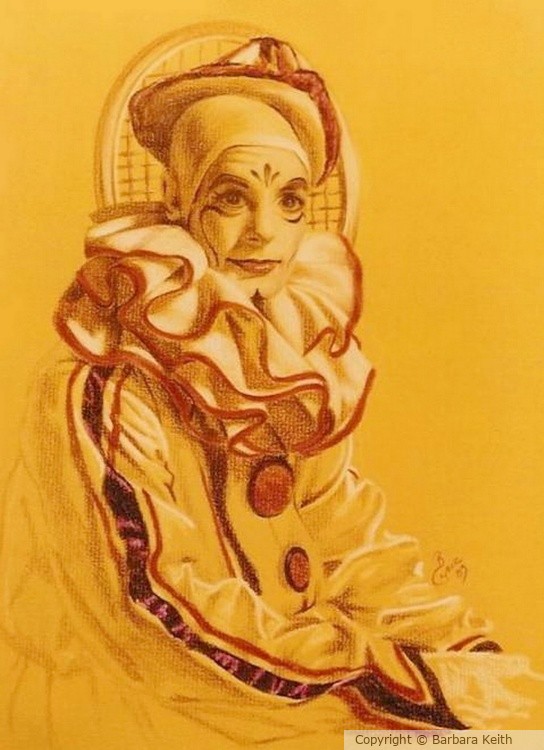 The most ancient clowns have been found in the Fifth dynasty of Egypt, around 2400 BC. Unlike court jesters, clowns have traditionally served a socio-religious and psychological role, and traditionally the roles of priest and clown have been held by the same persons] Peter Berger writes, "It seems plausible that folly and fools, like religion and magic, meet some deeply rooted needs in human society." For this reason, clowning is often considered an important part of training as a physical performance discipline, partly because tricky subject matter can be dealt with, but also because it requires a high level of risk and play in the performer. In anthropology, the term clown has been extended to comparable jester or fool characters in non-Western cultures. A society in which such clowns have an important position are termed clown societies, and a clown character involved in a religious or ritual capacity is known as a ritual clown. In Native American mythology, the Trickster channels the spirit of the Coyote and becomes a sacred Clown character. A Heyoka is an individual in Native cultures who lives outside the constraints of normal cultural roles. The Heyoka plays the role of a backwards clown, doing everything in reverse. The Heyoka role is sometimes best filled by a Winkte. Many native tribes have a history of clowning. The Canadian Clowning method developed by Richard Pochinko and furthered by his former apprentice, Sue Morrison, combines European and Native American clowning techniques. In this tradition, masks are made of clay while the creator's eyes are closed. A mask is made for each direction of the medicine wheel. During this process, the clown creates a personal mythology that explores their personal experiences (Wikipedia).

And picture of the day!

Artist Reply: and a BIG thank you for that

Artist Reply: glad you approve, thanks

you are so talented this is wonderful :)

Artist Reply: You just made my day, thanks

Artist Reply: thank you very much