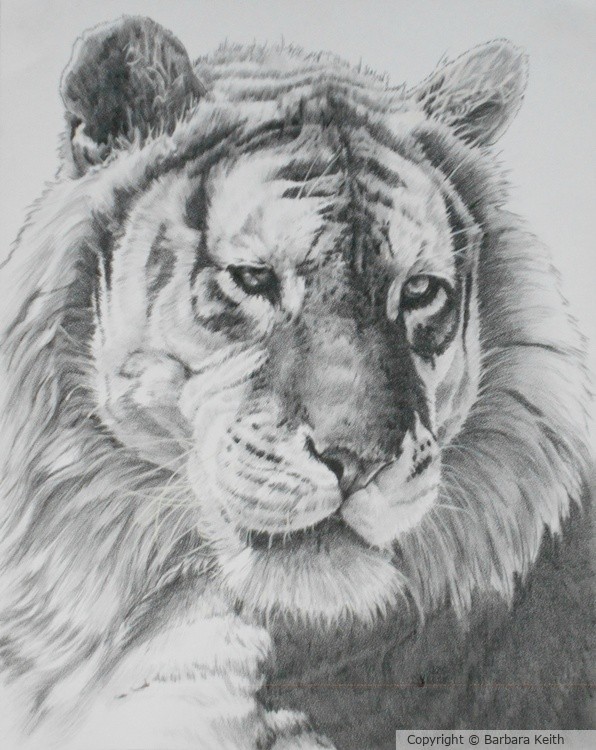 Another recessive gene can result into an interesting “golden” hue. The color is sometimes called “golden tabby” and also sometimes called “strawberry”. Golden tigers actually have gold-colored fur, with pale orange stripes and supported by strong but pale-colored legs. They have thicker fur than what is usual for tigers. As of the last count, there are only around 30 golden tigers that are held captive. Golden tigers, like white tigers, are also part Bengal. In fact, some of them come with the white tiger gene. So, it is possible that when two golden tigers mate, they can end up producing a white tiger with no stripes. Just like the white tiger, the golden tiger is also larger than the average Bengal tiger. Status: The Golden Tabby Tiger is one of the world's rarest big cats. Distribution: A color variation of the Bengal Tiger this tiger once romed throughout India, but unfortunatly none are known to live in the wild now. Size: They can can weigh between 240-500 lbs. and measure between 5-6 ft long. Their tail length is between 2-3 ft. Food: In the wild these tigers would hunt small and large animals including wild boar, buffalo, monkeys, jackals, foxes, peacocks, as well as carrion. They have also been known to prey upon the babies of larger mammals such as Asian Elephants and Rhinos. Habitat: Golden Tabby's prefer grasslands, subtropical an tropical rainforests, scrub forests, wet and dry deciduous forests and mangroves. Tidbit: Unlike many tigers the golden taby has cinnamon or tan strips instead of black. This type of tiger became extinct in the wild in 1932 when the last two were shot in Mysore Padesh, India. They have been reintroduced into existence in 1987. The estimated population now is between 50-100 in the world. Check out our photo gallery for a bigger picture (the golden tiger - endangered animals species https://sites.google.com/site/endangeredanimalsspecies101/the-golden-tiger).

you are super talented this is amazing :)

Lovingly rendered. There is emotion and intelligence in those eyes. Well done.

Artist Reply: I have always had a great love for big cats and thank you for appreciating my efforts

Artist Reply: It was a lot of fun to do, thanks