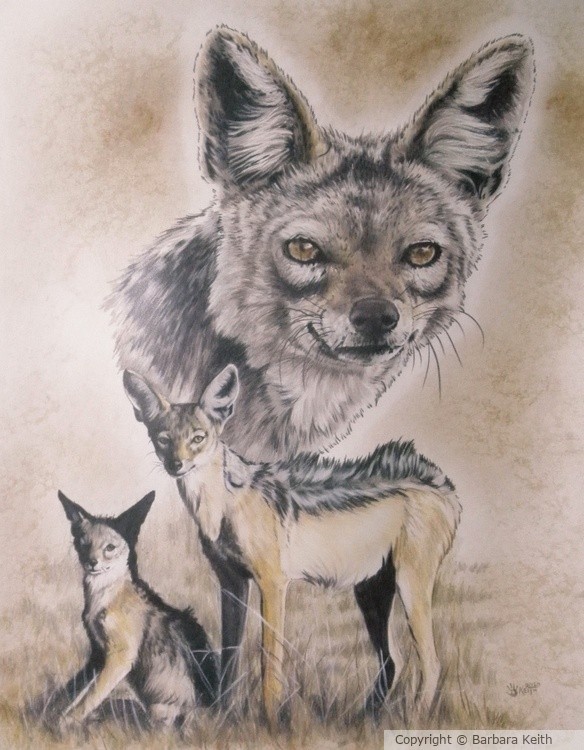 The black-backed jackal (Canis mesomelas[2] or Lupulella mesomelas[3][4]) is a canine native to eastern and southern Africa. These regions are separated by roughly 900 kilometers. One region includes the southernmost tip of the continent, including South Africa, Namibia, Botswana, and Zimbabwe. The other area is along the eastern coastline, including Kenya, Somalia, Djibouti, Eritrea, and Ethiopia.[5] It is listed by the IUCN as least concern, due to its widespread range and adaptability, although it is still persecuted as a livestock predator and rabies vector.[1] Compared to other members of the genus Canis, the black-backed jackal is a very ancient species, and has changed little since the Pleistocene,[6] being the most basal wolf-like canine, alongside the closely related side-striped jackal.[7] It is a fox-like animal[8] with a reddish brown to tan coat and a black saddle that extends from the shoulders to the base of the tail.[9] It is a monogamous animal, whose young may remain with the family to help raise new generations of pups.[10] The black-backed jackal is not a fussy eater, and feeds on small to medium-sized animals, as well as plant matter and human refuse (Wikipedia).

Artist Reply: makes you afraid to see how they named their kids.. and thanks