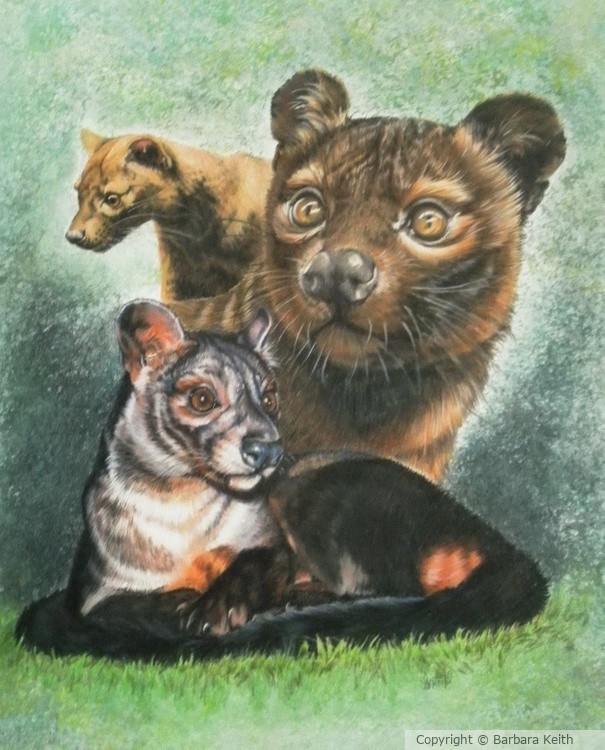 The fossa ( Cryptoprocta ferox; /'f?s?/ or /'fu?s?/;[3] Malagasy pronunciation: ['fus??];) is a cat-like, carnivorous mammal endemic to Madagascar. It is a member of the Eupleridae, a family of carnivorans closely related to the mongoose family Herpestidae. Its classification has been controversial because its physical traits resemble those of cats, yet other traits suggest a close relationship with viverrids. Its classification, along with that of the other Malagasy carnivores, influenced hypotheses about how many times mammalian carnivores have colonized Madagascar. With genetic studies demonstrating that the fossa and all other Malagasy carnivores are most closely related to each other forming a clade, recognized as the family Eupleridae, carnivorans are now thought to have colonized the island once, around 18 to 20 million years ago (Wikipedia).