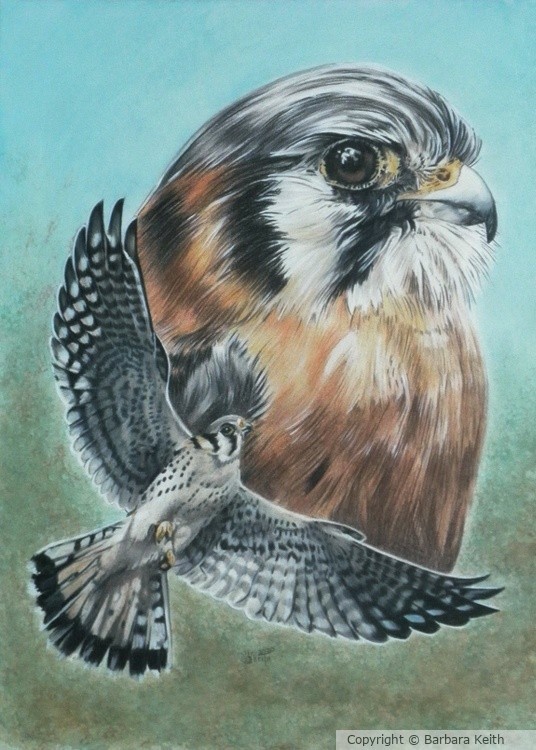 The American kestrel (Falco sparverius) is the smallest and most common falcon in North America. It has a roughly two-to-one range in size over subspecies and sex, varying in size from about the weight of a blue jay to a mourning dove. It also ranges to South America, and is a well-established species that has evolved seventeen subspecies adapted to different environments and habitats throughout the Americas. It exhibits sexual dimorphism in size (females being moderately larger) and plumage, although both sexes have a rufous back with noticeable barring. Its plumage is colorful and attractive, and juveniles are similar in plumage to adults (Wikipedia).

Artist Reply: Thanks, I do try