The canal in Willebroek 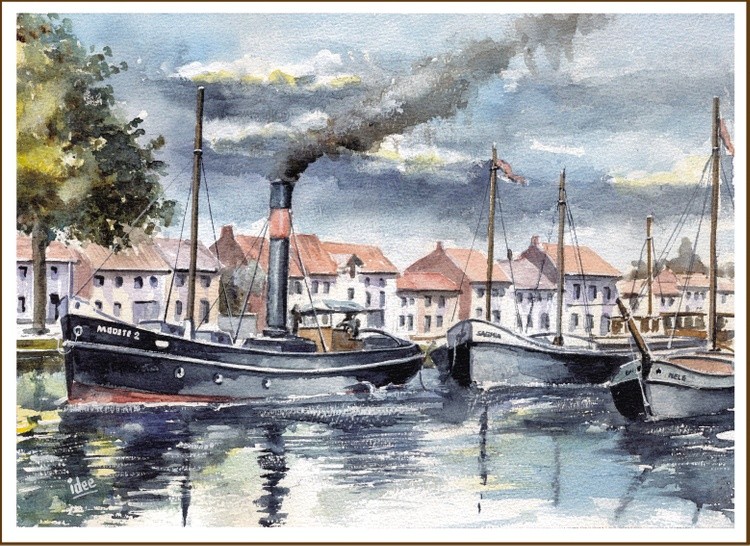 The canal in our immediate vicinity has always appealed to me, so when I recently found an old photo again of the canal in Willebroek , I couldn't resist making a watercolor of it. I think it is an image from the 1920s or 1930s of an old steam tug, towing a, before that time already modern, inland vessel to Brussels. The days when the ships were pulled from the towpath were clearly over. In contrast, the majority of the barges were then towed by large steam or small motor tugs. Image size: 260 x 360 mm

ALWAYS A PLEASURE TO VIEW YOUR MARVELOUS WORK MY FRIEND. HOW TERRIFIC TO FIND OLD POSTCARDS AND PICTURES TO RENEW TIMES PAST.

Artist Reply: Thanks Joanie, sometimes with a little luck I still find old pictures who are useful for a watercolor

Ah the olden days. Nice boat. You do live in a place with a lot of character... The old Delaware & Lehigh canals are somewhat near me... but in their day, they never progressed past the power provided by a couple of mules... before the railroads rendered them obsolete.