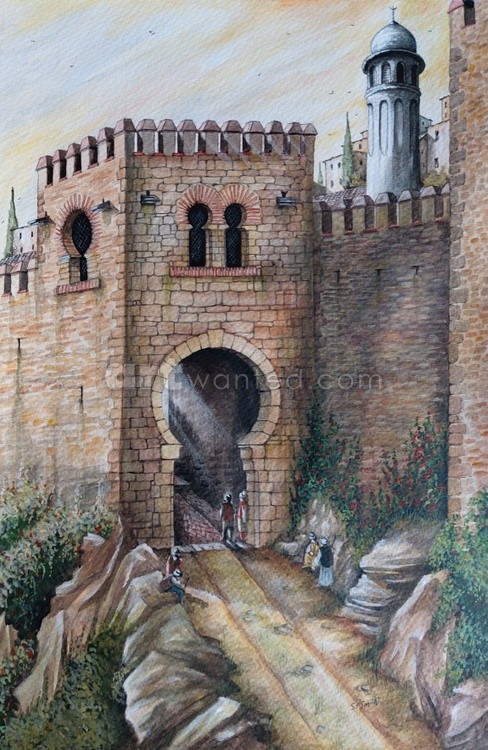 Puerta de Granada, Alhama de Granada, Andalusia. The second of the two gates, this on the North side. The road to where the gate once stood is still a climb and it is easy to imagine how dominating it must have appeared. This reconstruction is set before the city was taken in the Granada campaign and was the first city to fall in 1482.