Falmouth pilot cutters on the beach 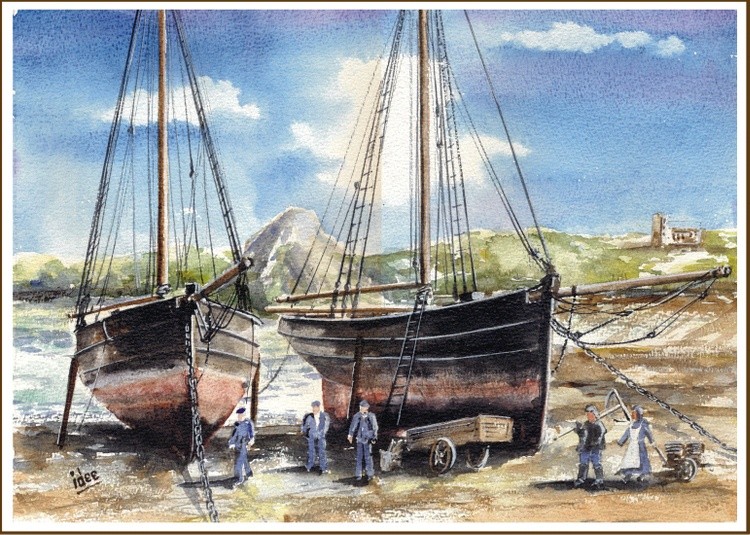 The "cutter" was a sailing pilot boat to safely bring the incoming ships along the rocks of this wild coast into the harbor. Such a pilot service was part of a free market. Just like recovery companies, it was about who was the first to arrive at the incoming ship to be able to transfer a pilot. That is why the cutters also sailed westward beyond the Scilly Isles to the Atlantic Ocean. So they had to be strong and fast. There were about eight sheds on each cutter. The cutter never returned to port until all these pilots had found a ship. Not a ship to pilot also meant that the pilots did not earn anything. And if a sail happened to appear on the horizon after the eighth ship, it often happened that the cutter-skipper himself switched "as pilot" and the mother ship was sailed back to port by the ship's boy. Image size: 260 x 360 mm

I'm agree with Joanie... wonderful work! And the naval is my favorite sobject

Artist Reply: Many thanks Domenico

MARVELOUS WORK AND STORY IVO. YOUR WORK ALWAYS HAS THE EXTRA PEOPLE AND BACKGROUND. THE BEST.